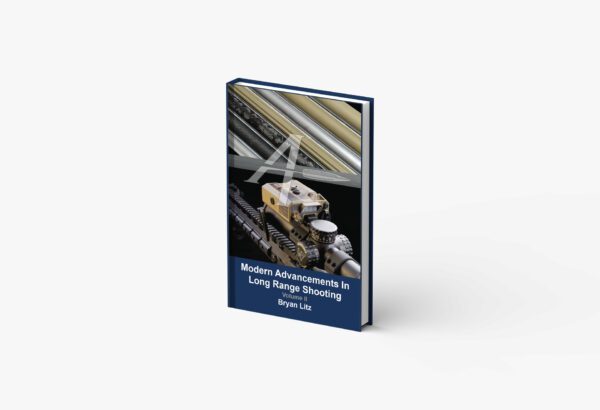 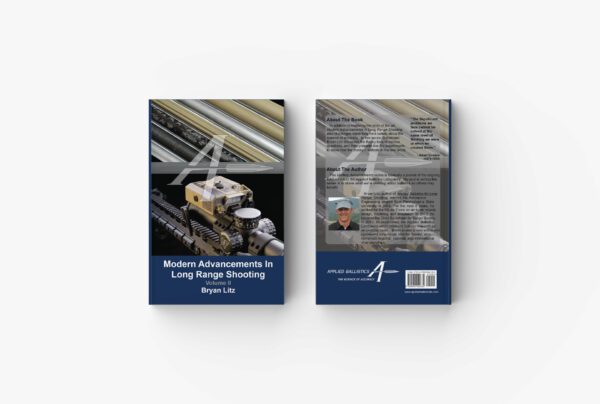 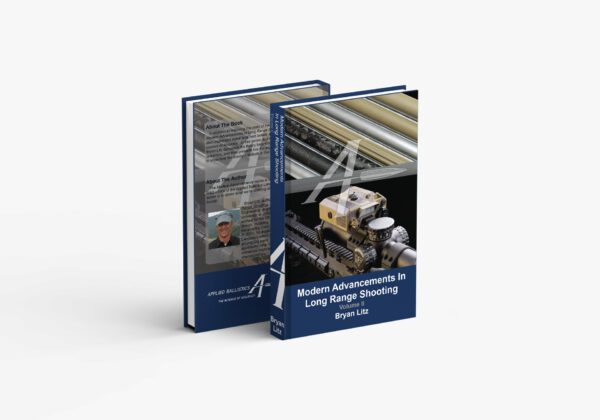 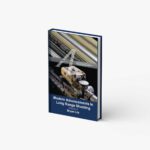 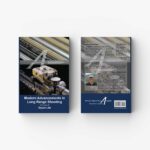 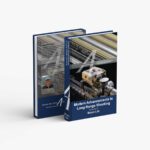 Volume 2 of Modern Advancements in Long Range Shooting contains all new content on the research being done by Applied Ballistics. Author Bryan Litz along with contributing authors Nick Vitalbo and Cal Zant use the scientific method and careful testing to answer the important questions faced by long range shooters. In particular, this volume explores the subject of bullet dispersion including group convergence. Advanced hand-loading subjects are covered such as: bullet pointing and trimming, powder measurement, flash hole deburring, neck tension and fill ratio.

Modern Advancements in Long Range Shooting is an ongoing series which deals with the progression of equipment and scientific knowledge used for long range shooting. In particular, new equipment and ideas are tested to determine if and how they can help shooters be more effective at long range shooting. In an industry which is full of advertising and myths, the scientific approach taken by Applied Ballistics is refreshing. Rather than rely on popular opinion or marketing hype, we approach the matter with careful experimentation which is then described in a way that’s easy to understand and apply.

Each Volume in the Modern Advancements series is comprised of several parts which explore various topics. There is a pattern to how the subjects are addressed. First we’ll discuss why the topic is interesting, meaning why it’s important to long range shooting. Then we’ll consider the common beliefs/opinions, and how that relates to the scientific theory. Finally, we conduct an experiment to determine the truth of the matter, and analyze the results. When necessary, statistical methods are used to help interpret the meaning and certainty of the test results. In every case, an explanation is given as to why the subject is significant and how it represents a Modern Advancement in Long Range Shooting.

Part 1 of this Volume is focused on the details of rifle bullet dispersion. Every long range shooter is interested in shooting small groups, but there are some fundamental trends and causal elements which many people don’t consider. Chapter 1 builds a discussion of dispersion and precision that every shooter will benefit from in terms of understanding how it impacts their particular shooting application. How many shots should you shoot in a group? What kind of 5-shot 100 yard groups correlate to average or winning precision levels in 1000 yard F-Class shooting? These are the kinds of things covered in Chapter 1.

Chapter 2 presents a very detailed investigation of the mysterious concept of group convergence, which is the common idea that some guns can shoot smaller (MOA) groups at longer ranges. This concept is thoroughly tested with extensive live fire, and the results answer a very important question that has baffled shooters for many generations.

Part 2 of this Volume is focused on various aspects of advanced hand-loading. Any reloading manual covers the basics and safety, but in Modern Advancements we dive deep into topics and explore everything broadly with live fire testing to truly answer the important questions that precision hand loaders are asking. What are the best practices for making ammo with consistent muzzle velocity? Do things like: flash hole deburring, neck tension, primer selection, fill ratio and powder scales make a difference and how much? All of these questions are explored and the reader is presented with clear results they can use to make well informed decisions about their own hand loading practices.

One of the important chapters of Part 2 addresses the question of bullet pointing and trimming which is a common question for many hand loaders. To explore this important topic, 39 different bullets were selected from .224 thru .338 caliber. 10 samples of each bullet were tested for BC in each of the following configurations: original out of the box, pointed, trimmed, pointed and trimmed. The effect on the average BC as well as the uniformity in BC was measured and tabulated so you can see clearly what benefits or drawbacks you may get from these practices.

Part 3 contains general research topics in various areas of interest. Contributing author Nick Vitalbo is an industry leader in laser technology and he has completed testing on 22 different laser rangefinders commonly used in long range shooting. Nick’s material explains how shooters can use a link budget to determine the performance of a rangefinder under various lighting conditions, target sizes and reflectivities. As with all topics in the Modern Advancement series, Nicks work is based on real world testing. No doubt the information presented on LRF performance is a huge leap forward in the information shooters have available to them.

Chapter 9 is a thorough analysis of rimfire ammunition. Ballistic Performance of Rifle Bullets, 2nd Edition presented live fire data on 95 different 22 caliber rimfire ammunition, each tested in 5 different barrels having various lengths and twist rates. Where that book just presented the data, Chapter 9 of this book offers detailed analysis of all the test results and shows what properties of rimfire ammunition are favorable, and how the BC’s, muzzle velocities and consistency of the ammo is affected by the different barrels. The material in this chapter and the live fire data itself is the dose of science that rimfire shooters have been missing for a long time.

Finally, contributing author Cal Zant of the Precision Rifle Blog presents a study of modern carbon fiber wrapped barrels in Chapter 11. The science and technology of these modern rifle barrels is discussed, and then everything from point of impact shift to group sizes are compared for several samples of each type of barrel including standard steel barrels.

Each chapter of this book presents original research which is consistent with the objective of the Modern Advancements series:

Modern Advancements in Long Range Shooting aims to end the misinformation which is so prevalent in long range shooting. By applying the scientific method and taking a Myth Buster approach, the state of the art is advanced both in terms of the available tools, and the knowledge to best apply them.

There are no reviews yet.

Only logged in customers who have purchased this product may leave a review.